Join the Virtual Railfan team aboard Amtrak’s California Zephyr for an incredible journey from Chicago, Illinois to

San Francisco, California.  We will be departing Chicago on September 1st, 2022 and arriving in Emeryville, CA on

September 3rd, 2022.  We will spend September 4th checking out the local area and meeting fans!  On September

5th, we will depart eastbound back to Chicago, Illinois. 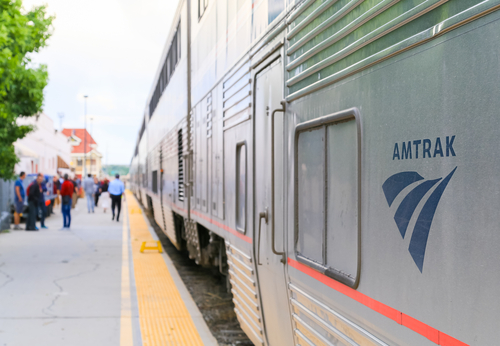 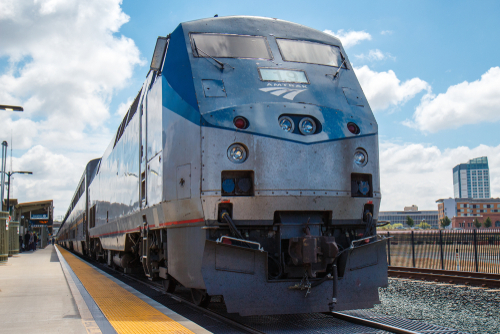 California Zephyr at a station stop in Sacramento, California. 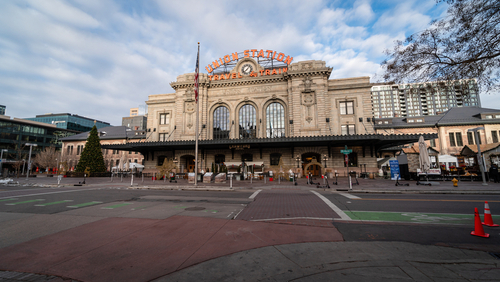 Experienced travelers say the California Zephyr is one of the most beautiful train trips in all of North America. As you climb through the heart of the Rockies, and further west through the snow-capped Sierra Nevadas, you may find it hard to disagree. The Zephyr runs between Chicago and San Francisco, coursing through the plains of Nebraska to Denver, across the Rockies to Salt Lake City, and then through Reno and Sacramento into Emeryville/San Francisco. Connections in to San Francisco and Oakland stations via Thruway Bus Service at Emeryville, California.

The west-bound train is Amtrak number 5 (number 6 eastbound). Upon leaving Chicago Union Station, the train travels along the Metra BNSF Railway Line, with an intermediate stop in Naperville, Illinois.

After passing through Aurora, Illinois, the train passes through the Illinois prairies, using the Burlington Rail Bridge to cross the Mississippi River in Burlington, Iowa. After running through southern Iowa, the Zephyr reaches the Missouri River between Council Bluffs, Iowa and Omaha, Nebraska. From Omaha, the train travels overnight through southern Nebraska and northeastern Colorado, making a morning arrival in Denver.

At Denver, the Zephyr switches over from BNSF to Union Pacific tracks. Westbound, the train is routed over the Central Corridor for the trip through the Tunnel District. The line crosses the Continental Divide via the 6.2 mile-long Moffat Tunnel under James Peak. Leaving the Moffat Tunnel, the tracks then follow the Colorado River from Winter Park Resort to Ruby Canyon, west of Grand Junction, which is also where the train enters Utah.

In Utah, the train follows the southern rim of the Book Cliffs to their end near Helper. The Zephyr crosses the Wasatch Mountains, cresting at Soldier Summit before descending into the Wasatch Front to arrive at Salt Lake City.

From Salt Lake City to Emeryville, the Zephyr route loosely follows Interstate 80, traveling along the south shore of the Great Salt Lake and across the Bonneville Salt Flats towards Nevada. After crossing into Nevada at Wendover, Utah/West Wendover, Nevada, the route passes the Toano Range, via Silver Zone Pass, across the Goshute Valley, tunnels under the Pequop Mountains and then skirts the northern edge of the Ruby Mountains.

The line first reaches the Humboldt River near Wells, which it loosely follows until the river’s end in the Humboldt Sink near Lovelock. Here, the tracks cross the center of the Forty Mile Desert; on the other side of this desert valley is the Truckee River, which provides the line’s path to Reno and up the Sierra Nevada in California.

In California, the tracks round Donner Lake, crest the Sierra Nevada at Donner Pass, and descend a high ridge between the American and Yuba Rivers, through Emigrant Gap. The line empties out into the California Central Valley, and then runs along the San Pablo Bay, with stops in Sacramento and Davis. It crosses the Benicia Bridge and has stops in Martinez and Richmond. The trip ends in Emeryville, a suburb of Oakland.

The Annual Virtual Railfan Whistle Stop Tour.  Ride with us aboard the California Zephyr from Chicago, Illinois to Emeryville, California.  Meet the team and hang out with the crew in beautiful sunny California.  We hope to see you aboard!

find a place to stay

Stay up to date with our newsletter

Stay up to date on the latest news, future cam locations and more!  Your information is important to us and only used to send you updates about Virtual Railfan.