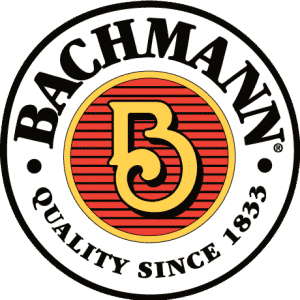 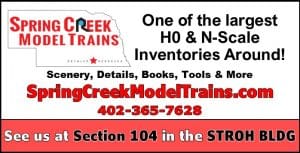 You can find them in the Stroh Building in booth #104 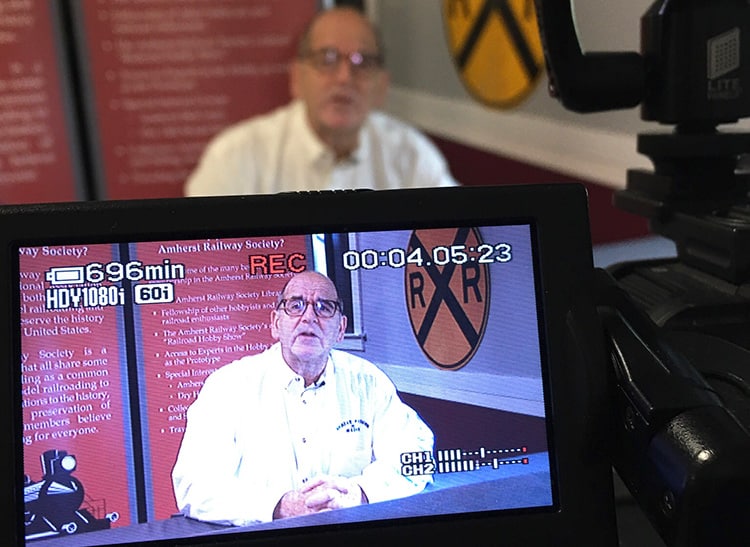 John Sacerdote is a life-long model railroader with a special interest in the railroads of Maine.

Professionally, John is retired (sort of) from a career in computer system design, installation, and training for the personnel industry.

John is also the Show Director for the Amherst Railway Society’s Railroad Hobby Show. He has 20 years of show management experience, and is an energetic host for online video programs on railroading and model railroading.

In the early 1960s, the group started a railroad themed “bring & buy” swap meet on the university campus. The swap meet was an instant success. Over the next few years, the group moved to increasingly larger floor space, added railroad and model railroad vendors to the meet, and built a small modular model railroad for display.

Then, fate intervened. In 1982, the university space the group normally used for the swap meet was not available because of building renovations. So the still fledgling group decided to take a risk (a $2500 risk) and move the swap meet to the New England Building at the Eastern States Exposition in West Springfield, MA.

The show ended up being a huge success – more than covering the costs. And, that was the start of the Railroad Hobby Show as we know it.

Today, the annual Railroad Hobby Show occupies four buildings at the Eastern States Exposition, draws 25,000 people, and is one of the most respected railroad shows in the country. Twice, the Railroad Hobby Show has received the Walther’s Showmanship Award in recognition of our efforts to promote interest in railroads and model railroads in the United States.

Virtual Railfan specializes in LIVE streaming train cams all over the world.  Founded in 2010, Virtual Railfan quickly rose to become the leaders in live streaming trains.  Our YouTube channel has been viewed almost a half a BILLION times since it’s start in early 2017.  With over 10 million viewers a month, from over 200 countries Virtual Railfan continues to grow and add more cams to the network every year.

At the end of 2020 the pandemic was in full swing, causing many events we love as railfans to be cancelled.  This unfortunately also meant there would be no in person show for 2021.  We were approached by John Sacerdote who asked if we would like to host and present a virtual show that year, and of course we jumped at the opportunity.  After a few months of careful planning we presented the show for the first time, virtually.  The show was a huge success, and we were very proud of the results.

We can’t wait to get back to an in-person show for 2022, in fact we’ll be LIVE streaming that one too!  We will have LIVE cams in the buildings giving those who can’t make it a virtual experience like none other.  We will have interviews, walk through tours, and booth visits from the biggest names in the railroad hobby industry.  If you can’t make the 2022 show, be sure to tune in right here at Virtual Railfan so we can bring the show to you!

If you’re interested in being featured to thousands of virtual viewers at the show, please contact us at sales@virtualrailfan.com for more information.  We’ll see you in Springfield in 2022!